[COMPANY] - The Best Insurance for You Skip to content

How Effective is Automobile Safety Equipment? 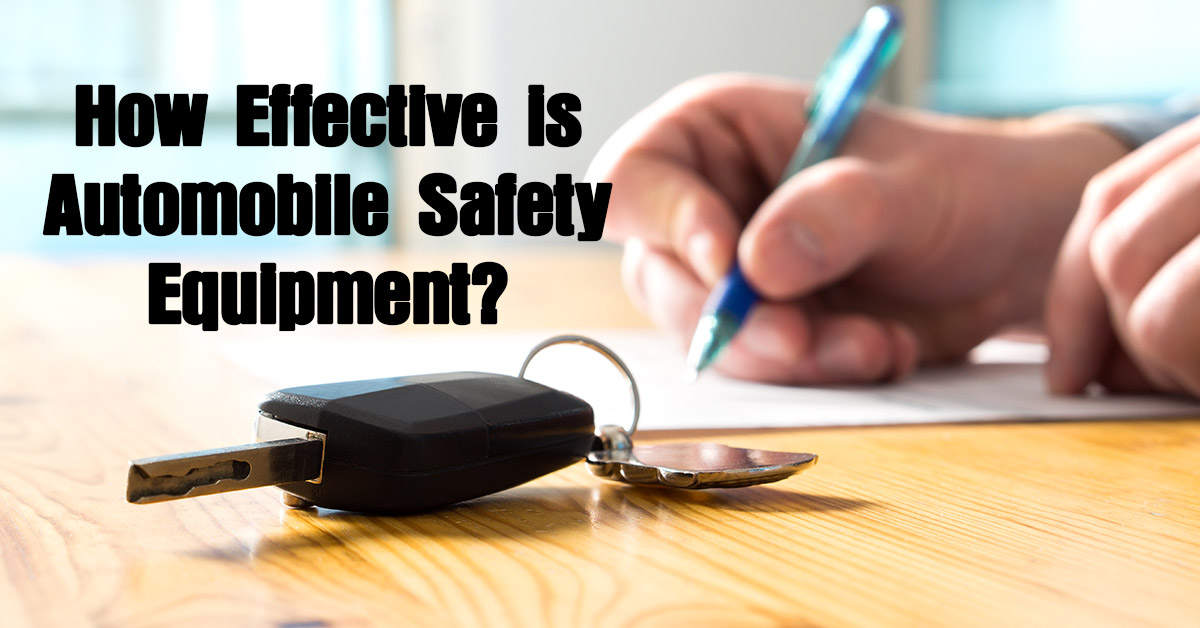 How Effective is Automobile Safety Equipment?

Looking at automobile accident statistics can be disturbing. American deaths in automobiles crashes reach over 30,000 annually. Worldwide, the numbers are almost unimaginable. Every year, over 1.25 million people die in car accidents. In addition, it is estimated that another 20 to 50 million people are injured or disabled across the globe. This, in spite of an increasing array of safety features available for cars each year. It begs the question then, how effective is automobile safety equipment?

Annual US Deaths from Car Accidents

While the number of deaths in car crashes in the U.S. is alarming, its general trajectory is downward. This, in spite of the fact that there are more cars on the road than ever. For example, in 1937 the number of automobile related accidental deaths was about 37,800. In 2018, that number was about 36,500. In fact, automobile related deaths reached over 40,000 annually from 1963 through 1992, peaking over 50,000 several times throughout that period. It has remained below 40,000 since 2007.

Overall, one can assume then that safety equipment is having a positive effect. But what are the most effective elements?

There is little doubt seat belts and harnesses are effective in limiting car accident injuries and deaths. According to the Centers for Disease Control, seat belts have been shown to reduce the deaths of front-seat passengers by 45%. It is estimated the risk of serious injury can be reduced by 50% by wearing harnesses and belts. In addition, those not wearing a seat belt may be 30 times more likely to be ejected from a car during a crash. Since becoming standard equipment in cars in the United States in the fifties, cars have become safer.

Today, there are an abundance of technological advances that are making cars increasingly safer. In addition, having some of these features on your next vehicle may actually save you on your car insurance premiums.

Adaptive Cruise Control (ACC) that will adjust according to the amount of traffic and the speed of traffic you are traveling with.

Automatic Emergency Braking (AEB) that will slow your vehicle if you do not take timely steps when warned of a rapidly slowing or stopped vehicle in front of you.

A Lane Keep Assist or Lane Departure Warning will alert driver should they begin to drift out of their lane without using a turn signal.

A Rear View Safety Camera will provide a clearer, sharper image of the road behind you when your car is in reverse, providing a lower point of view than a car’s mirror.

If you haven’t test driven a new car in years, you may be absolutely amazed at the modern technology available to make travel more convenient, comfortable, and safer.

Whether your car is technologically advanced or decades old, you’ll still want the best insurance coverage at the most competitive price. We can help. Contact our independent agents to get a quote today.

Smartphones: How and How Much We Use Them May Surprise You

Own a Rental? You May Need Business Insurance

What is Decreasing Term Life Insurance?

How States Determine If You Have Car Insurance

One of the Best Buys in Loss Prevention: Renters Insurance

Checking for Financial “Leaks” at Your Business

Is Your Car Insurance Company Aware You are Driving for a Food Delivery or Ride Sharing Service?

How Average Are You? Compare With This 12 Point Checklist

Smartphones: How and How Much We Use Them May Surprise You

Own a Rental? You May Need Business Insurance

What is Decreasing Term Life Insurance?

How States Determine If You Have Car Insurance