Can You Guess the Earliest, Widely-Used Car Safety Features? 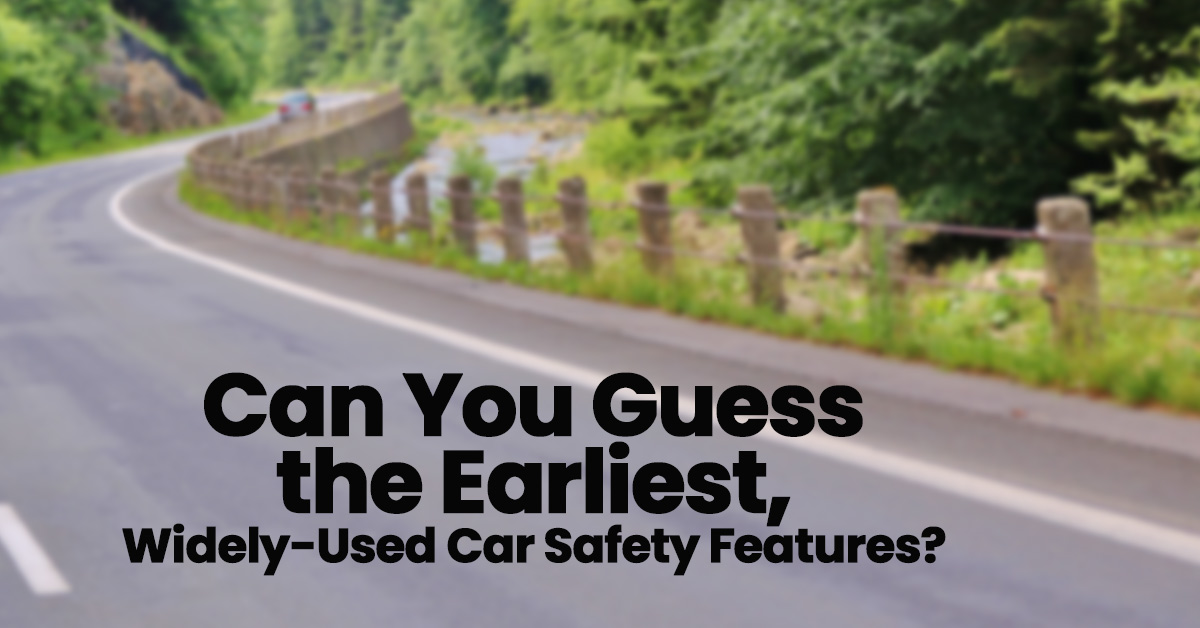 Can You Guess the Earliest, Widely-Used Car Safety Features?

In spite of more cars on the roadways than ever and more miles being driven, driving today is safer than generations ago. Accidents and fatalities have decreased over the past several decades and a big part of the reason is that that cars are being manufactured to be safer. But safety has always been a concern for automakers. From the outset it was apparent automobile required at least some safety features. Can you guess what the earliest, most widely used safety features were?

Of course, once automakers figured out how to make cars move forward they had to quickly determine how they would be stopped. The first brakes were actually blocks of wood attached to a lever the driver would pull to slow and stop the vehicle. It often wasn’t pretty in the early days and brake systems were quickly improved.

Early automobile were so loud that it wasn’t hard to hear them coming. But even then, as more cars began appearing on roadways, the loud engines were somehow increasingly ignored. This lead to the use of horns and bells on cars, and then the eventually invention of the car horn in 1908.

It wasn’t until the 1930s that laminated glass made its way onto cars, preventing glass from breaking into large pieces in an accident. This was a significant safety improvement.

It was in 1934 that the first front barrier crashes were performed on vehicles to help engineers improve the safety of automobile construction. These annual safety crashes continue to this day.

As car numbers and their speeds increased, it became apparent a better way to signal slow downs and turns was needed beyond the initial hand signals. Buick was the first to launch turn signals on cars in 1937.

It may be somewhat surprising to learn that round, sealed-beam headlights didn’t become standard on cars until the 1940s. Prior to that, cars had a variety of lights that served more to help them be seen as opposed to helping drivers see.

Tucker introduced the very first padded dashboard in 1948 although they weren’t widely put in use until the late 1960s. If you’ve ever sat in a car from the 1950s and 1960s, you can almost sense the danger of being faced with a hard, generally metal, dashboard.

Seatbelts were a game-changer but took quite awhile to be widely implemented in automobiles. In fact, the three-point seatbelt didn’t become standard in cars until the 1970s.

Get the most out of your automobile insurance budget with a quote from one of our independent insurance agents. Let us do the shopping for you! Contact us today for your free auto insurance quote.